In a recent opinion in Diamond Fortress Technologies, Inc. v. EverID, Inc., the Superior Court of Delaware made a novel ruling clarifying the calculation of damages for breach of contract denominated in cryptocurrency. Not only did the Court endorse CoinMarketCap as “a reliable cryptocurrency valuation tool,” but it also adopted the New York Rule whereby “the highest value [of a security] within a reasonable time” would be used in calculating plaintiffs’ damages.

The Defendant, EverID, contracted with the Plaintiffs, Dimond Fortress Technologies and its CEO, for an exclusive license to use Diamond Fortress’ proprietary biometric software in its cryptocurrency trading platform and mobile application, along with the CEO serving as an advisor to EverID. In lieu of standard cash payments, EverID agreed to compensate the Plaintiffs in a total of 12.5 million of its cryptocurrency tokens, “ID Tokens,” of which 25% would vest on the Initial Coin Offering with the remaining to be distributed over the coming years. The Plaintiffs never received a token from EverID so they sued. As the Defendant never answered to the complaint, the Court found the breach and granted default judgment in part to the Plaintiffs. The remaining issue before the Court is how to calculate damages for breach of a contract denominated in a cryptocurrency token.

A Security Under Howey Test

The Court needed to classify ID Tokens first, “i.e., is it a security/investment contract, a commodity, property, or currency?” and found that ID Tokens constituted a security under the Howey test. An investment contract is defined under the Howey test as “a contract, transaction or scheme whereby a person invests his money in a common enterprise and is led to expect profits solely from the efforts of the promoter or a third party.”

The Court first opined that an investment of money under Howey does not require cash investments and the Plaintiffs’ commitment of “expertise and proprietary resources to EverID’s cryptocurrency enterprise” satisfied the first prong of Howey. Next, the Court found that “the Plaintiffs’ ability to recover any remuneration for their investment was interwoven with and wholly dependent upon the successful launch of EverID’s blockchain,” so the common enterprise element of Howey was met. Lastly, the Court reasoned that the Plaintiffs’ agreement to substantial deferral of payment and distribution lock-up manifested their expectation of return of profit which “’were directly tied to the failure or success’ of EverID’s blockchain platform,” and hence there was expectation of profits derived from the efforts of others as required under Howey.

In addition, the Court examined the agreements executed between the parties and found that mentioning of compliance with securities laws contained therein, such as Rule 144 of the Securities Act, substantiated the parties’ intent to treat ID tokens as a security.

Damage calculation requires, as the first step, “a reliable cryptocurrency valuation source to ensure the proper input of values,” and the Court endorsed CoinMarketCap as a reliable valuation tool in this opinion. The Court considered that CoinMarketCap has been quoted frequently by news publications with respect to prices of virtual currencies, and more importantly, that the pending Digital Asset Market Structure and Investor Protection Act suggested using of CoinMarketCap to both the SEC and the CFTC.

Use Highest Value Within a Reasonable Time in Calculating Damages

The Court analogized this case to a failure to deliver securities case and adopted the New York Rule whereby the highest value of a security within a reasonable time from notice of breach would be used in calculating damages.

The New York Rule provides that “the measure of damages for wrongful conversion of stock or properties of like character is the higher value of either: ‘(1) its value at the time of conversion or (2) its highest intermediate value between notice of the conversion and a reasonable time thereafter during which the stock could have been replaced…’” The reasonable time depends on “how long it would have taken the plaintiff to replace the securities on the open market” and two or three months has been generally acceptable by courts.

Applying the New York Rule to this case, the Court calculated the Plaintiffs’ damages by multiplying the total tokens awarded (12.5 million) by “ID Tokens’ highest intermediate value within three months of the discovery of EverID’s breach.” The Plaintiffs declared to EverID to treat its agreements as breached on March 4, 2021, and the highest market price of ID Tokens from March 4, 2021, to June 3, 2021, fell on April 9, 2021, at a value of $2.01. Consequently, the Court awarded both Plaintiffs approximately $25 million in total.

This opinion is novel and instructive in understanding and anticipating how the Delaware Court would assess damages for breach of contract paid in cryptocurrency, or more specifically, securities tokens. As this article is being authored, ID Tokens are traded at about $0.10, and its price has been closed at far below $0.60 for the past year. Indeed, only on November 16, 2021, were ID Tokens briefly traded above $2.01. Still, the Court believed that adoption of the New York Rule would place the Plaintiffs in the same place as they would have been if there were no breach and yet not bring them a windfall. 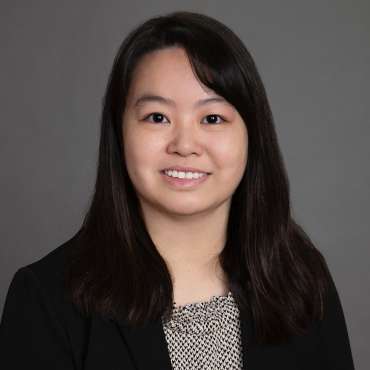