What happened? After receiving substantial pushback from U.S. and international regulators, Facebook is seeking to rebrand, recalibrate, and relaunch its digital currency project, Libra.

Renaming the wallet development Division to “Novi,” Facebook is leaving behind ambitions to create a fully decentralized global Facebook cryptocurrency, and instead, is focusing on creating a set of nation-backed digital currencies. While this does not eliminate Facebook’s development of a single-payment based cryptocurrency, it is certainly a move to become more consumer-protection friendly. In an updated whitepaper, Libra shed light on changes to its compliance framework.

What types of stakeholders will be impacted by this? Facebook users, regulators, digital currency service providers, central banks, and financial institutions will all be impacted by this shift in direction. Instead of a fully decentralized single cryptocurrency, Facebook issued a blogpost describing new changes to appease regulators and politicians:

The first of these changes will undoubtedly favor the countries that are adopting digital versions of their national currencies.

Why does this matter? These updates—as well as the fact Facebook is moving forward with this project—means we could see unprecedented access to digital currency on a global scale. Facebook’s 2.5 billion users will be able to access these features from all over the world, which will certainly change the global perspective about cryptocurrencies and digital payments.

Does this create new opportunities for stakeholders? If so, what might they be? Many nations around the world (e.g., China, Russia, and the U.S.) have all considered creating digital versions of their national currencies. These updates certainly incentivize those nations to move forward in developing their own tokens, considering each country could see significant transaction volume from users accessing this new feature.  Separately, through the updated whitepaper, Libra distinguishes between certain participants on the network. For example, the Virtual Asset Service Providers (‘VASPs’), which include exchanges and custodial wallets, must be registered or licensed as VASPs to participate on the Libra network. Indeed, VASPs that have completed a certification process will be granted permission to transact or provide services through the Libra network.

Additionally, non-hosted wallets will have balance and transaction limitations, and the network will initially only be accessible to VASPs and other certified participants. This means not all parties will have carte blanche to use the network, thus rendering the network more permission-based.

Libra also plans to designate a Chief Compliance Officer and committee with oversight reporting responsibilities. These and other noted compliance measures are steps in the right direction for Libra, even if the detail behind the measures are not presently known. In addition, Libra is welcoming oversight and control of its digital offerings by various regulators and central banks under the Swiss Financial Market Supervisory Authority (FINMA).

Does this change create new risks for industry stakeholders? If so, what should they be looking out for? Stakeholders should keep a close eye on the changes Novi makes going forward. Libra is likely to span multiple jurisdictions, possibly opening the door for regulatory issues as stakeholders transact in various currencies across different jurisdictions.

While Libra highlights that some aspects of its compliance measures will be automated, it remains unclear how these and nonautomated measures will work. In addition, non-hosted wallets on the Libra network may pose increased financial and compliance risks. For example, customers who keep their funds in a Novi wallet may pose ownership and delivery risks.

What can service providers do to help their clients stay ahead of these changes? Third-party wallet providers will need to wait until Novi provides more clarity regarding the interoperability of the Novi wallet as well as the transfer of the digital currencies created. However, when clarity comes, these service providers will do well to ensure their own compliance is sufficient enough to protect their customers who may use the Facebook platform to transact.

While these steps appear to be a step in the right direction from a compliance perspective, many questions about Libra and Novi still remain. For one, many parties are still concerned, given Facebook’s past record on privacy and potential ability to use or misuse the data generated by Libra and Novi. This move may wall shape financial technology regulation for the future. 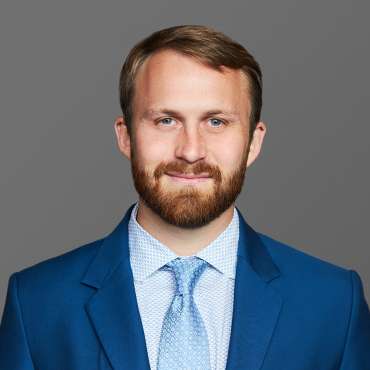